A Taxify driver has been accused of throwing a female passenger out of his moving car because she said she had no cash and wanted to pay for the trip by doing an online transfer.

The victim’s friend shared the story to Twitter alongside photos of the horrific injuries inflicted on the Taxify passenger.

The incident reportedly happened in Abuja and has been reported to the police by the alleged victim and the driver also. 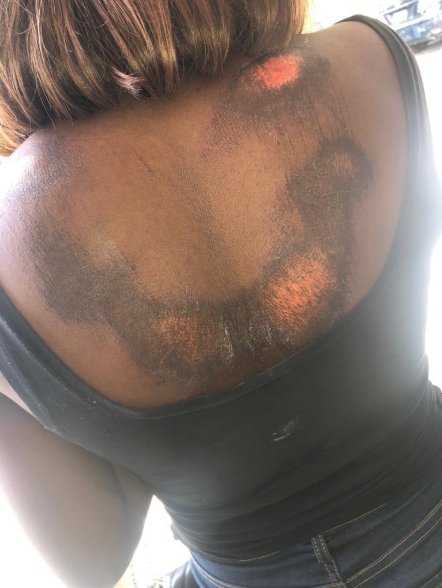 Meanwhile, the victim had to be admitted in a hospital after she was rushed there by an elderly man who saw when she was thrown out of the speeding Taxify.

She suffered bruises to her skin, especially the skin on her back and elbows which peeled off when she rolled along the rough road after being thrown out of the moving car. Her new iPhone was also destroyed in the fall.

Read the thread narrating the assault below. 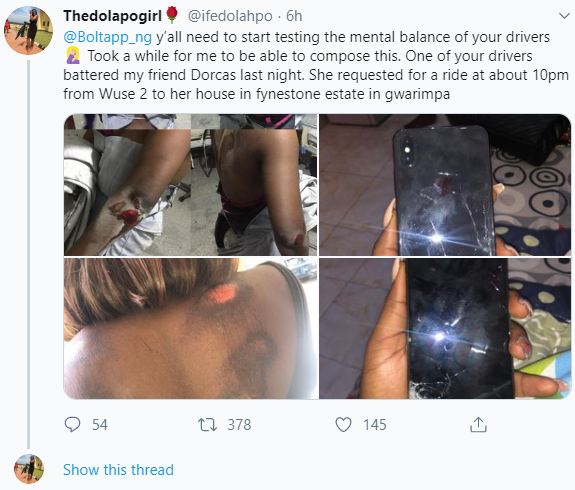 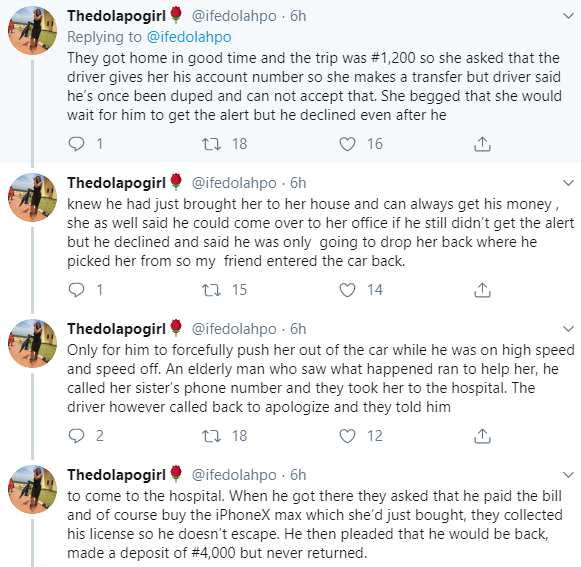 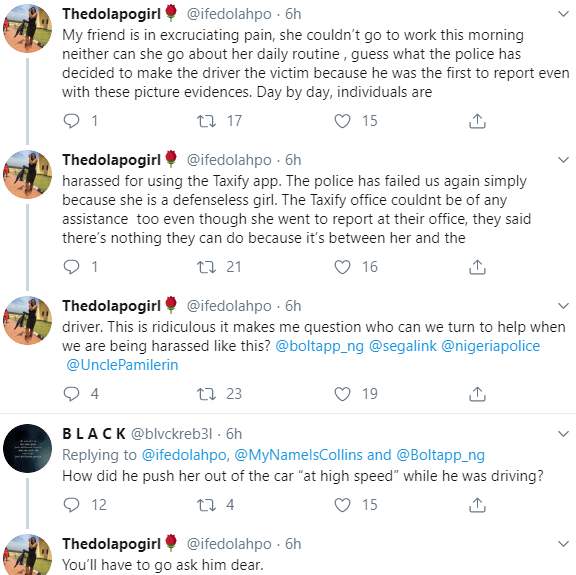 A Nigerian lady has confessed to selling all her three kids she had with three different men  for N500,000.   The lady, Blessing Stephen, who is a member of a child trafficking syndicate was arrested alongside a self-acclaimed doctor, Una Godwin, 58; Blessing John, 27,  Israel Ariyo, 33, Itoro Anthony, 40, and Mforbong Ntoro, 48, who all operate […]

Slim Case went down the memory lane as he recounted how he drew face paint for kids for N50 before his big break in music.   According to the singer, he was only trying to earn a living at that time. Slim Case further revealed that he took all his life savings to the studio before […]

A Telecom entrepreneur, Mercy Gabriel, who was kidnapped in Otukpa town, Ogbadibo Local Government Area of the state, has been released by her abductors.   Spokesperson of the Benue State Police Command, DSP Catherine Anene, confirmed the development to Daily Trust on Friday.   Recall that the victim, who recently completed her National Youth Service […]